I had a perfect little bedroom when I was growing up, with red curtains trimmed with pom poms and blue and white flocked wall paper, everything early seventies without being too seventies. It was stocked with dollhouses and Lego boxes, Golden Books and a Charlie MacCarthy doll. But I made an effort to keep, even through my Clash and Smiths-postered teens, the two Harrison Cady prints my parents bought for me at the Rockport, MA Art Association. Harrison Cady was a New England illustrator who published his first work in 1894, and died at about the time that I was given the prints, in 1970. I grew up loving pictures by Maxfield Parrish and Miroslav Sasek and Garth Williams, but I didn’t know the rest of Mr. Cady’s work. Pre-internet, I would have had to come across his Boy’s Life magazine covers by chance – there were no books about him in the library. 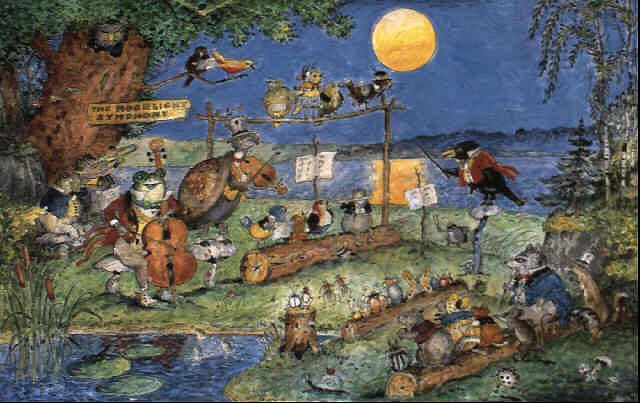 But because I lived everyday under these two prints, staring at them for years as a matter of routine, they seeped in. One showed little woodland creatures in a clearing being taught school by an owl, the other had similar raccoons and chipmunks and frogs and turtles and crows and beetles playing a symphony under a full moon. They were completely realized worlds, the animals fully and carefully dressed, seated at custom-made desks. Grasshoppers and pill bugs came late for class, possums took their lessons upside down. I think what killed me was not just the idea that animals made their own complicated anthropomorphous worlds in the woods, (of course they did!), but that they had worked it all out so completely – even the insects had their own tiny school benches crafted so perfectly from quartered tree branches. Toadstools and hollowed trees were repurposed to perfection. All was inclusive – insects had as much a part in their society as the well-dressed fox. I loved the idea that Cady had somehow recorded a complex world just beyond our sight, places we weren’t supposed to know about, and then, as an adult, appreciated the great invention behind it. I loved the prints’ complexities because I spent so much of my childhood obsessively trying to craft things out of other things. Both ideas, the conjuring up of detailed worlds, and the need to physically describe them, are particular obsessions of childhood, and if we get lucky, continue to be the motivations for adults who make a living out of making things up.

So I kept the prints. They hung, in their bedroom-blue frames, on my kitchen wall. 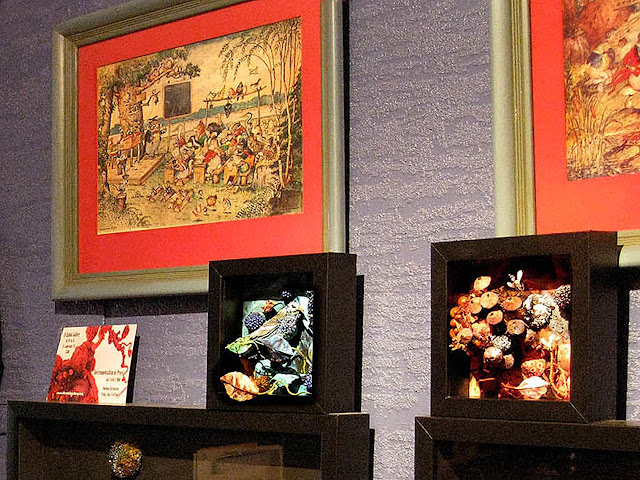 Since I first heard it, Radiohead’s song “There, there” has been one of my top ten favorite songs. How could you not love a pop song that asks the question, “why so green and lonely?”? And there’s the video. Though Thom Yorke cites the seventies UK stop-motion kid’s show, Bagpuss, as his influence, to me it’s Harrison Cady swallowed up and regurgitated by a grown-up, Chris Hopewell. In the video, we get to spy on the secret world, but our curiosity turns into tresspass, it’s clear we don’t belong there, and end up punished for it. 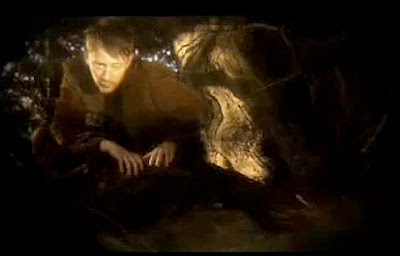 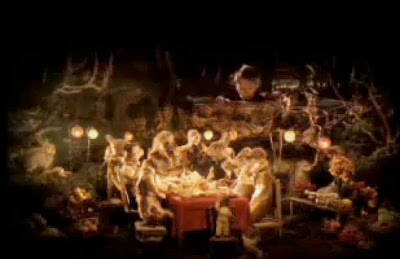 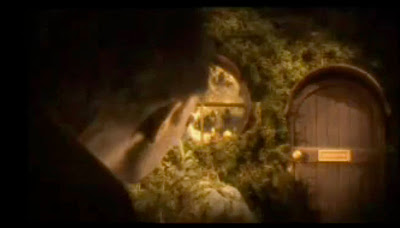 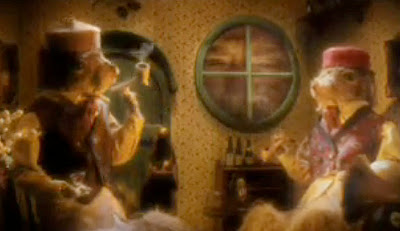 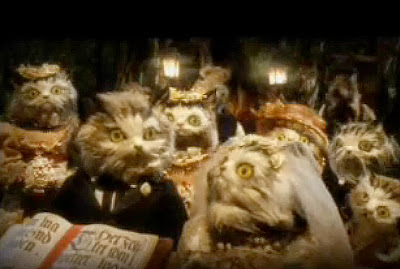 I’m thinking that everything an artist does is a reworking of what fascinated us first. With full knowlege of the consequences.