with the softest chin, and sweetest belly, 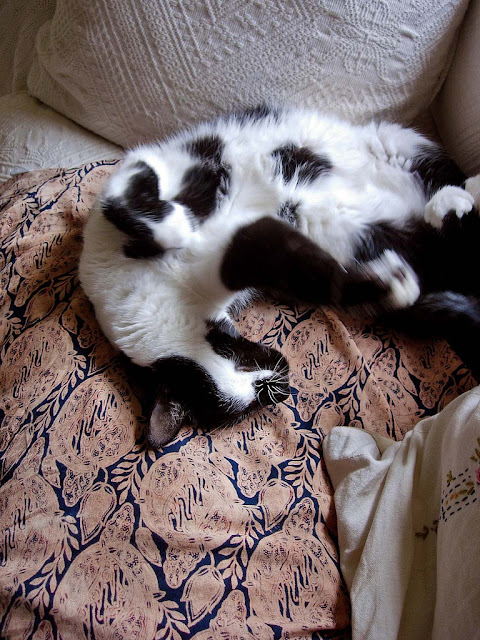 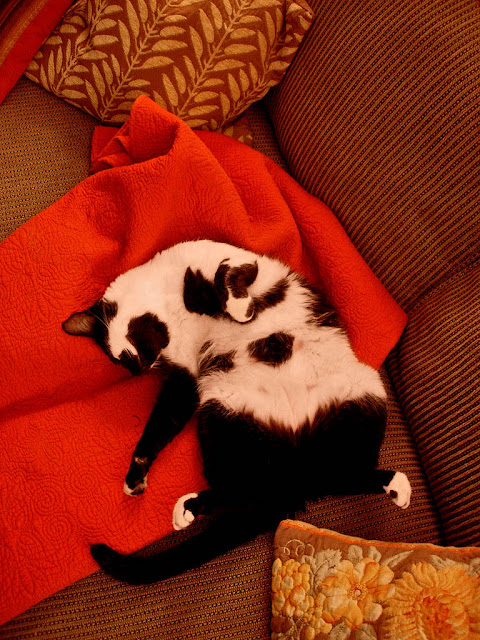 Who, in sleep, the deepest dreaming sleeps, looked more like an Abstract Expressionist painting than a cat 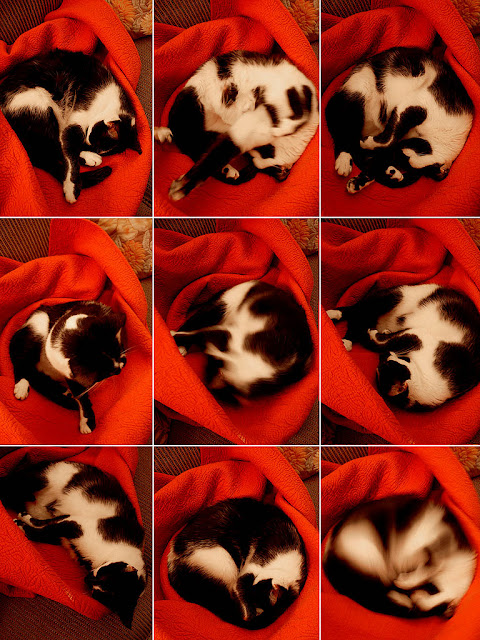 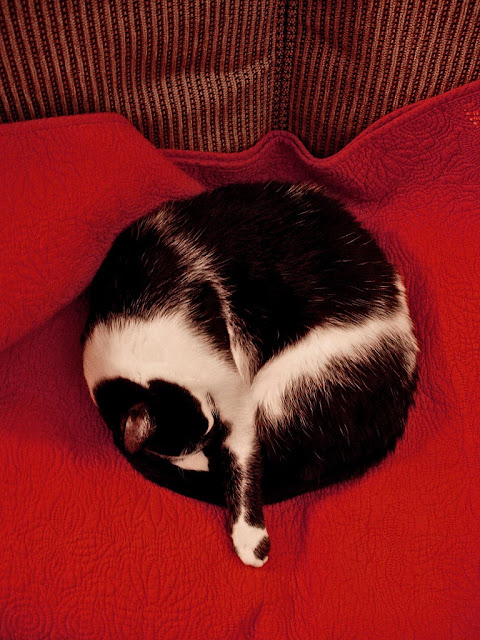 He was my watcher, my guardian of windows, fierce in ways that his mildness made you forget, gentle and curious, but never a pushover. He was my hero. 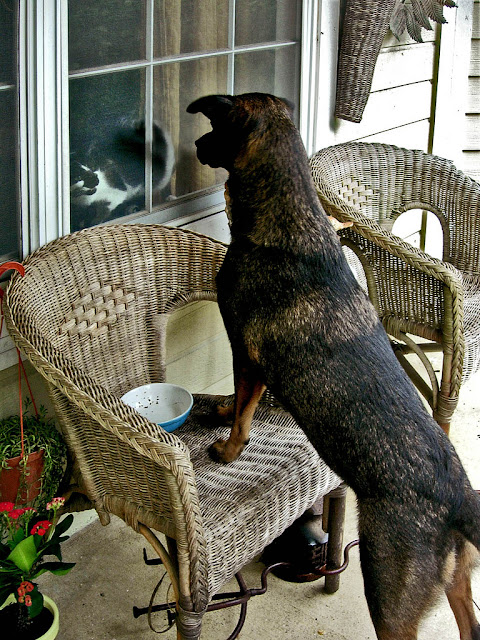 One afternoon, I heard strange scratching noises coming from the screened porch. It was winter, one of those beautiful low-lit winter days, and the sliders were open. I stepped out, and there was a raccoon there, it had come in through a loose piece of screen. And I thought, in a flashing burst of fear, there must be something wrong with the raccoon, it’s daylight and it’s in my porch, it’s going to get into the house, it’s rabid, it’s going to attack me, it’s going to attack my cat, ohmygod-where’s-Solomon?
And there he was, also on the porch, puffed up three times his size, his fur on end, his whiskers spread, his back arched, on the tips of his toes, hissing, spitting, starting towards the raccoon. And all the raccoon could do, not rabid after all, just scared to death, was try to figure out where it had come in, and remedy its very grave mistake.
And it was gone.
My hero. 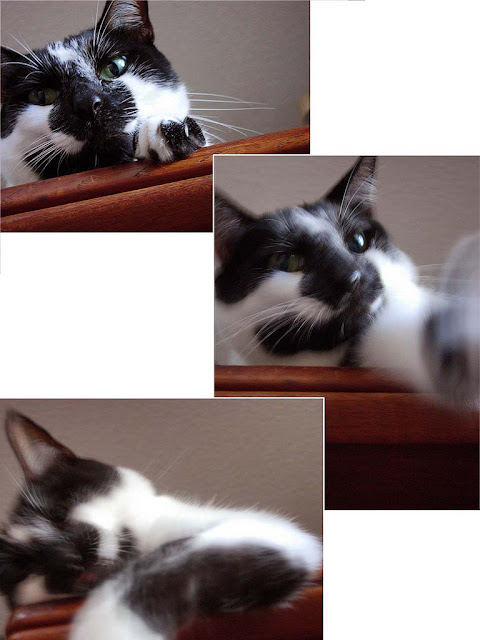 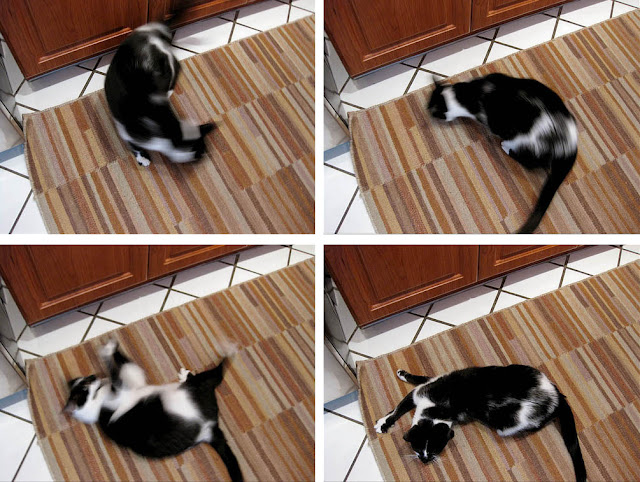 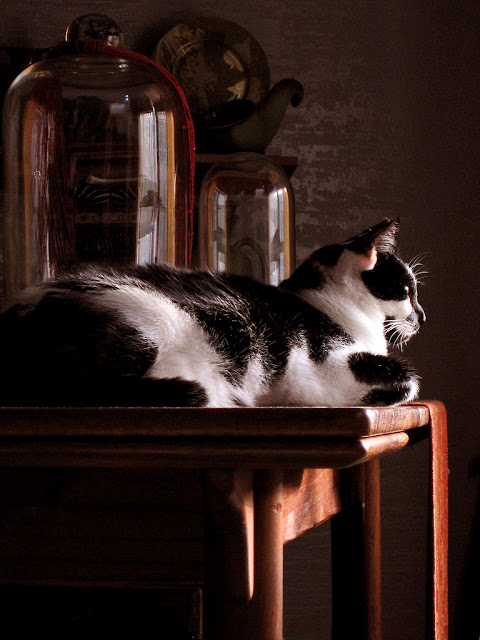 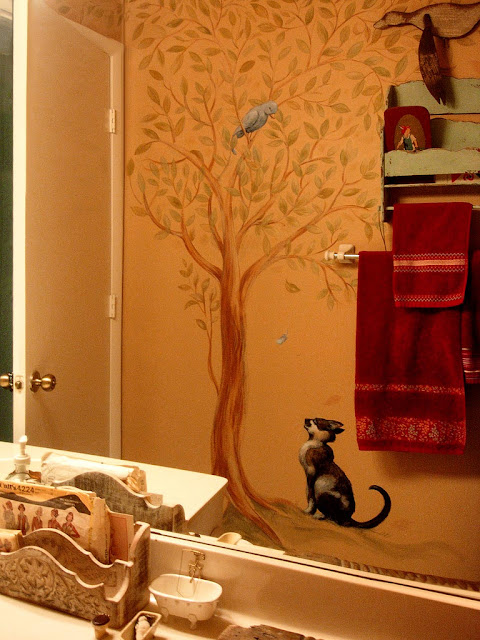 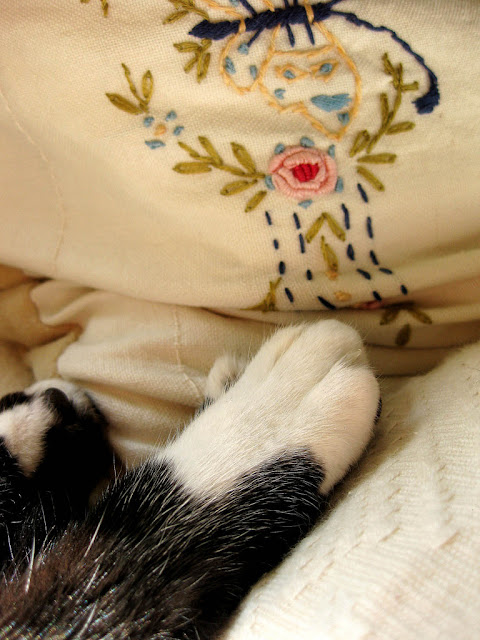 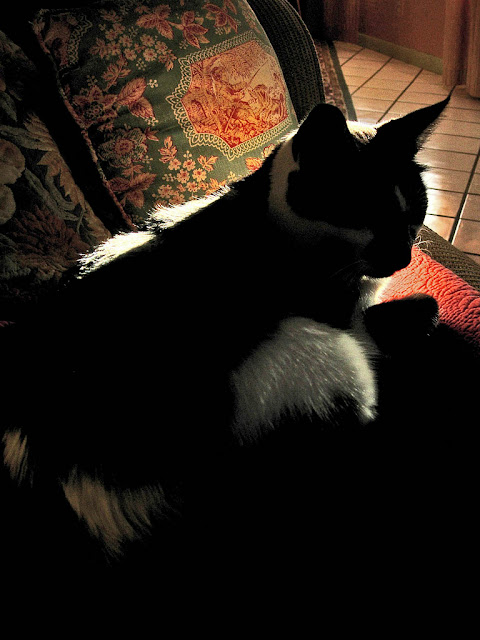 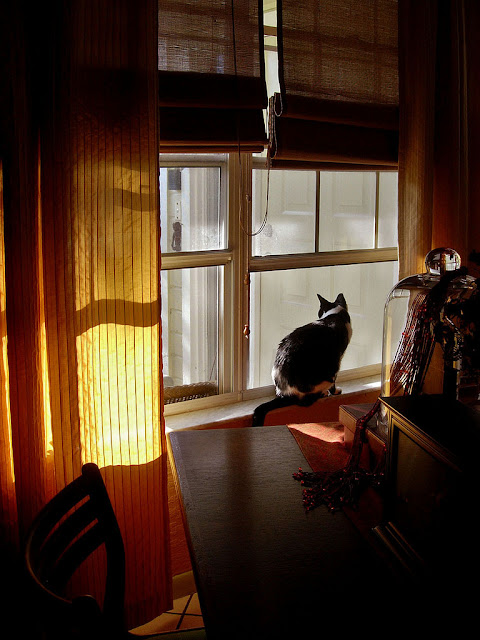 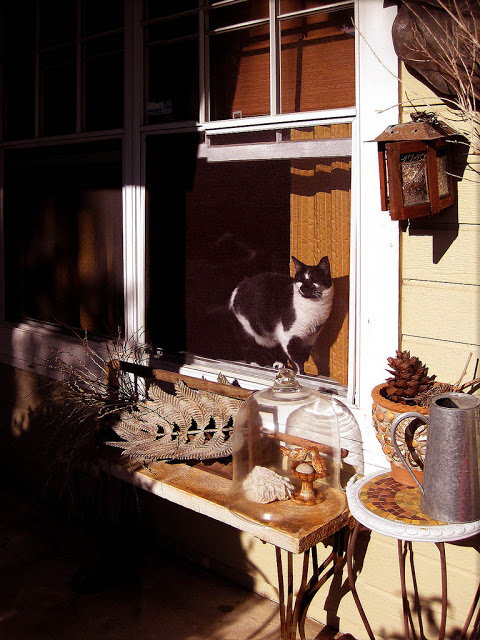 He lived 14 and a half years, thirteen with me. I brought him home when he was an adult, a shelter cat, fully formed, but from the very first hour he was mine, he rolled around and let me stroke his belly, something that happened every single night. We called it the jelly roll. He would make that little grunt of exertion he always made when jumping on the couch, that little feline “ugh”, stare into my face and knead his paws and sniff and purr, then twist into a curve, pausing for a few seconds before rolling against my stomach. He never cared what position he ended up in, as long as it was close, as long as I could put my arm around him and send him off to sleep. 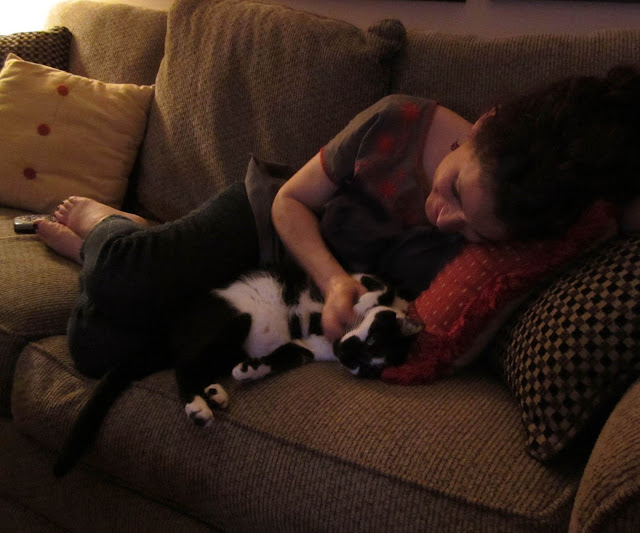 He lived for more than two years after his cancer surgery, always strong, always purring, always calm, always happy, up until the last day of his life. I promised him that if he were in pain, if he tried to tell me with his eyes that it was time to let him go, I would see it and I would understand. I wouldn’t make him linger because I didn’t want to lose him. And I set him free Saturday night. It was the hardest, hardest thing. I wound up saying things to him that I didn’t know I believed, about where he was going, that I would see him there. He was warm and his forehead was as soft and shiny as it has always been, right there where the little white flame of light had always flickered. He looked straight into my eyes his last minutes, just as he had so many times in our life together, showing me he loved me, I was his, he was mine, my Solomon, every day, always. 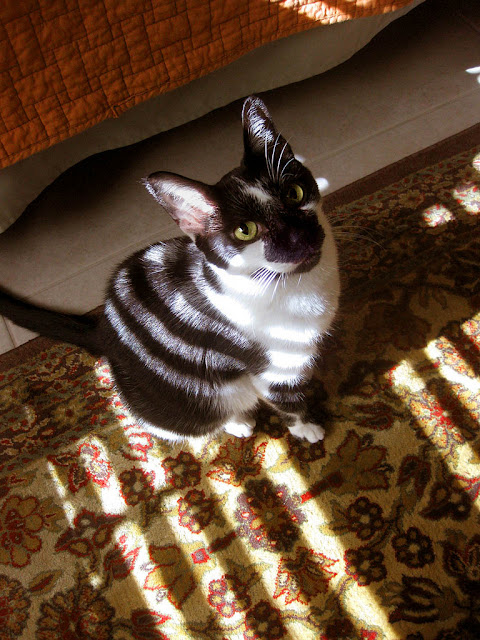 I love you so, my sweet, sweet boy.

Filed under cats, My Love, Solomon.