Every time you go to the Arthur R. Marshall Loxahatchee National Wildlife Refuge, at the northernmost part of the Everglades  there’s a very good chance of an alligator meet-and-greet. This is not an every day kind of South Florida encounter, but since there’s water everywhere, it’s never out of the realm of the possible. I’ve seen a gator near a swing set, by a stop sign, in a man made pond two minutes from my front door. I’ve heard the occasional story of an alligator that has gone through a door, a screened one, straight into a suburban kitchen. But this is because of us, because we’re here, chewing away at their habitat. Every year, there’s less of their home as we build more of our own. They don’t want anything to do with us. At least here, at Loxahatchee, there’s a kind of mutual understanding.

I did see one yesterday, pointed out by the park rangers, near the cypress swamp. It was so well hidden in the sluice that it looked more like a strip of truck tire.

But the reason I love coming here because of the distances. 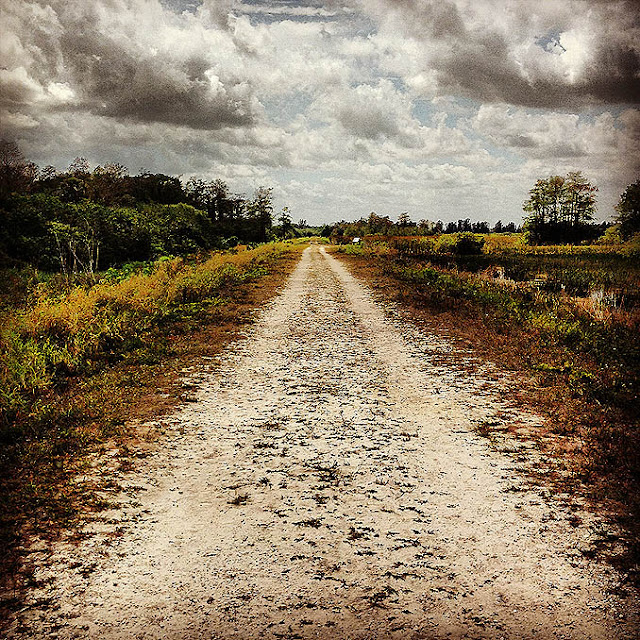 I grew up in a place where the sky was pretty small. I don’t mean that in a disparaging way. I don’t even understand exactly why the skies here are so huge. Maybe it’s the kind of clouds. It’s not the flatness, my hometown was as flat as it gets. But I didn’t understand what big sky meant until my first trip to New Mexico. I hadn’t experienced the idea of being able to see where you had been an hour ago, or where you were going to be an hour from then. Growing up, time and space was episodic, each block literally blocked out the next, each yard was its own self-contained stage set. You had to go out on the bay to see what was far away, out of ear shot. Maybe that’s why I worked summers on a boat. 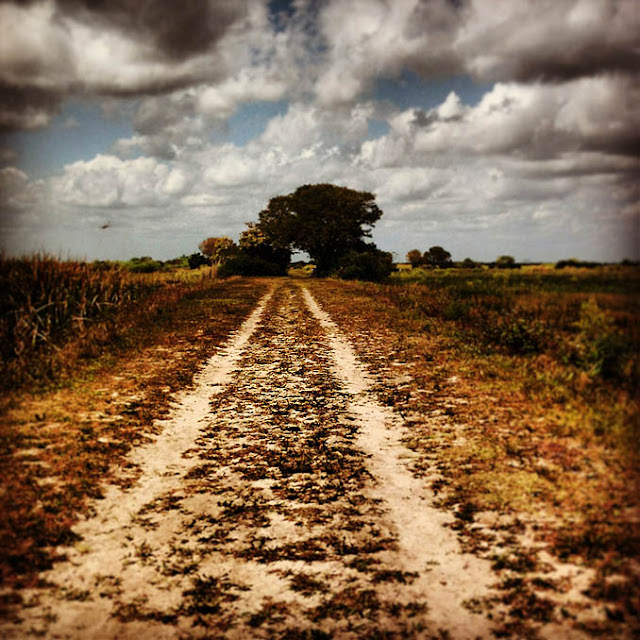 I love how the paths here are not just trails, but turn into paint-strokes, 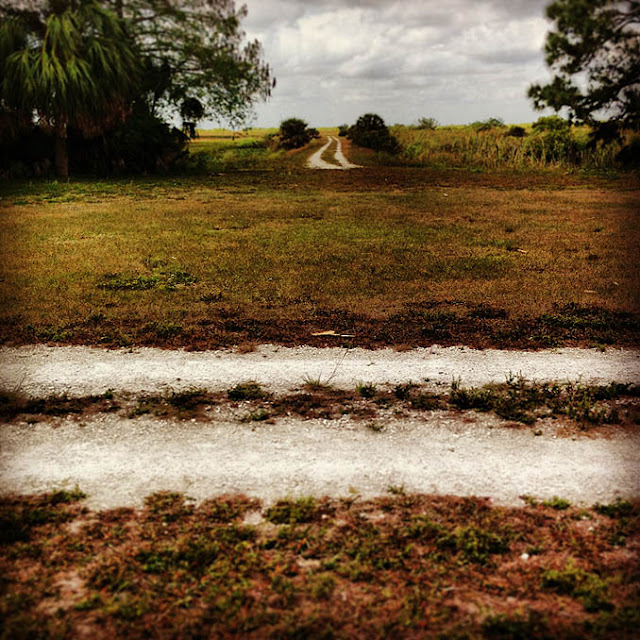 or white lines pointing out possible futures. This picture reminds me of parts of the Wizard of Oz, my first favorite movie. You knew that the yellow brick road would lead you deeper into the story, but you also knew that it ended at the back of the set, a painting. The path rose up horizontally, narrowing to a point, an illusion. Maybe this one does too. 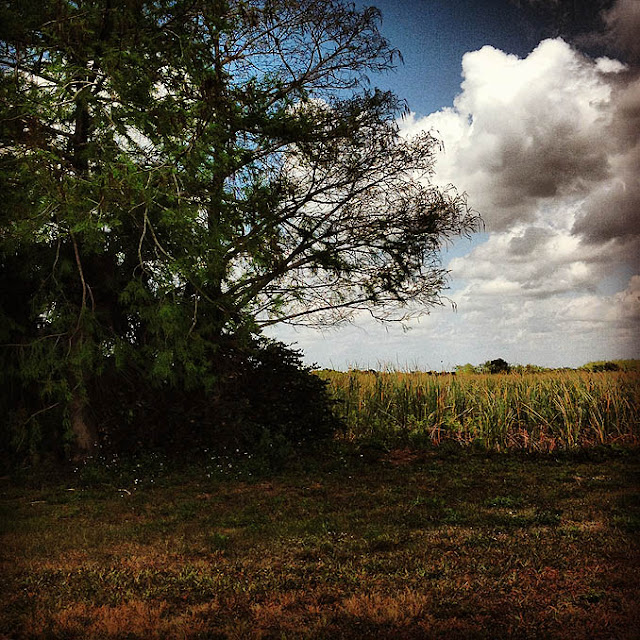 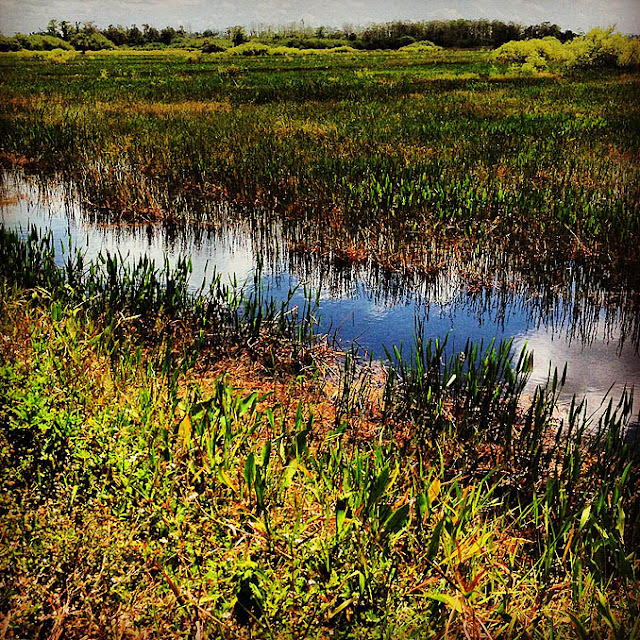 But if it’s not, and you go this way or that, there’s a future of possible stories, lined with very red sea grape and bugs and strange white marsh flowers, 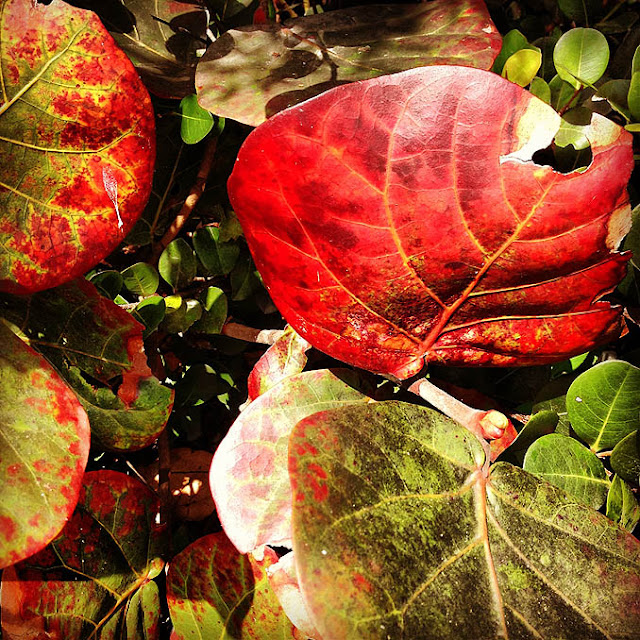 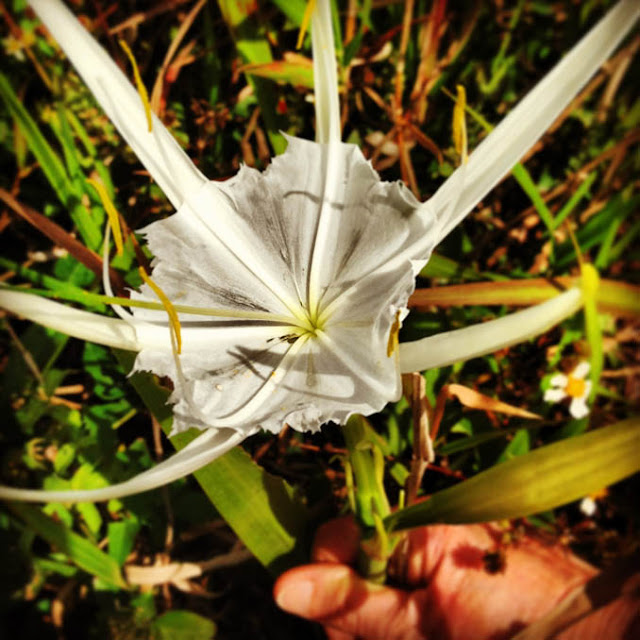 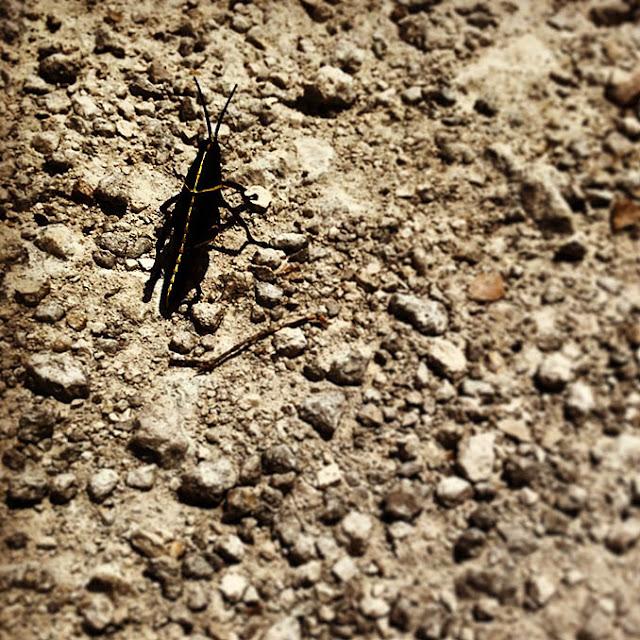 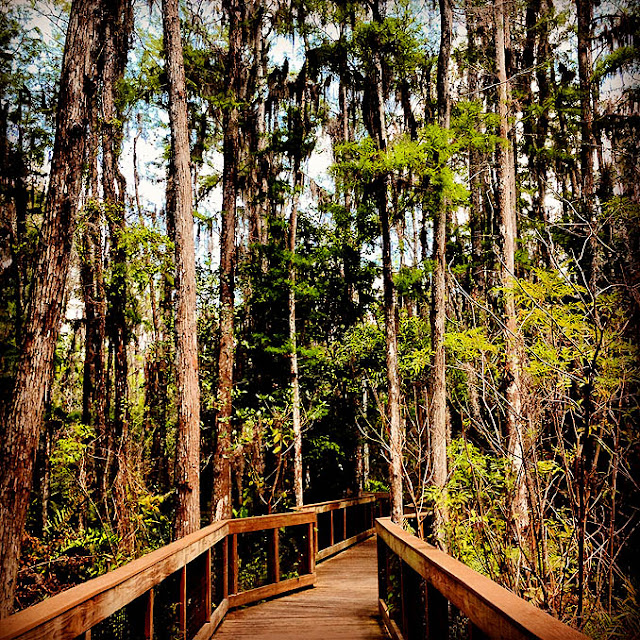 possibly leading to a cypress swamp 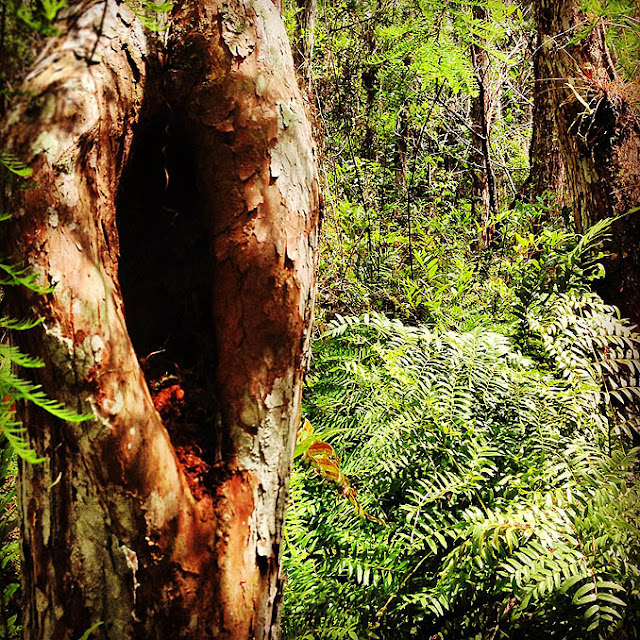 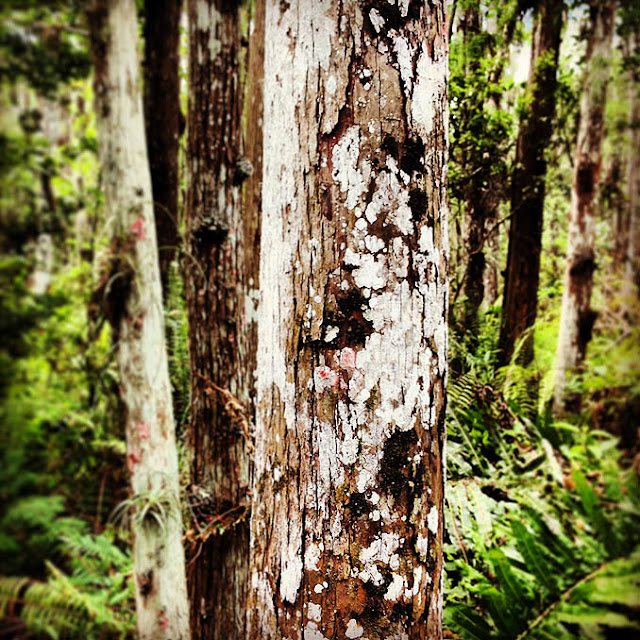 where the very tall moss draped trees look black from below and rock side to side and creak with exertion and the preoccupations of birds. 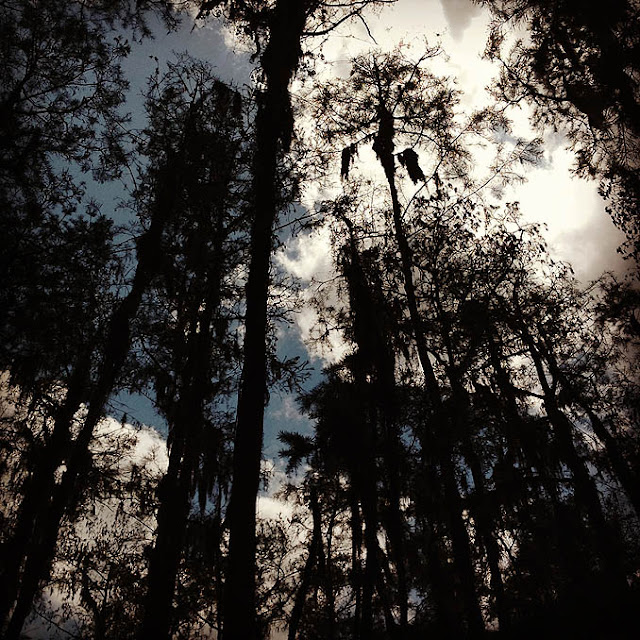